The Triumph Herald was a small two-door car introduced in 1959 by the Standard-Triumph Company of Coventry. Body design was by the Italian stylist Michelotti and the car was offered in saloon, convertible, coupé, van and estate variants.

Total Herald sales numbered well over 300,000 and the Triumph Vitesse, Triumph Spitfire and Triumph GT6 were all based around modified Herald chassis and running gear with bolt-together bodies. Heralds are still seen on British roads in the early 21st century.

Towards the end of the 1950s Standard-Triumph offered a range of 2-seater Triumph sports cars alongside its Standard saloons, the Standard 8 & 10, powered by a small (803 cc or 948 cc) 4-cylinder engine, which by the late 1950s were due for an update. Standard-Triumph therefore started work on the Herald. The choice of the “Herald” name suggests that the car was originally intended to be marketed as a Standard, as it fits the model-naming scheme of the time (Ensign, Pennant and Standard itself). By 1959, though, it was thought that the Triumph name had more brand equity and the Standard name was phased out in Britain after 1963.

Giovanni Michelotti was commissioned to style the car by the Standard-Triumph board, encouraged by Harry Webster, Chief Engineer, and quickly produced designs for a two-door saloon with a large glass area that gave 93% all-round visibility in the Saloon variant and the “razor-edge” looks to which many makers were turning. Fisher & Ludlow, Standard-Triumph’s body suppliers, having become part of an uncooperative BMC, it was decided that the car should have a separate chassis rather than adopting the newer monocoque construction. The main body tub was bolted to the chassis and the whole front end hinged forward to allow access to the engine. Every panel – including the sills and roof – could be unbolted from the car so that different body styles could be easily built on the same chassis. Accordingly, in addition to the original coupé and saloon models, van, convertible and estate versions were on offer within two years.

The Standard 10’s 4-cylinder 948 cc OHV engine and 4 speed gearbox was used with synchromesh on the top three gears and driving the rear wheels. The rack and pinion steering afforded the Herald a tight 25 feet 0 inches (7.62 m) turning circle). Coil and double-wishbone front suspension was fitted, while the rear suspension, a new departure for Triumph, offered independent springing via a single transverse leaf-spring bolted to the top of the final drive unit and swing axles.

Instruments were confined to a single large speedometer with fuel gauge in the saloon (a temperature gauge was available as an option) on a dashboard of grey pressed fibreboard. The coupé dashboard was equipped with speedometer, fuel and temperature gauges, together with a lockable glovebox. The car had loop-pile carpeting and heater as standard. A number of extras were available including twin carburettors, leather seats, a wood-veneered dashboard, Telaflo shock absorbers and paint options.

Prototype cars embarked on a test-run from Cape Town to Tangiers. An account of the journey was embellished by PR at the time. However only minor changes were deemed necessary between the prototype and production cars. The new car was launched at the Royal Albert Hall, London on 22 April 1959 but was not an immediate sales success partly due to its relatively high cost, approaching £700 (including 45% Purchase Tax). In standard single-carburettor form the 38 bhp (28 kW) car was no better than average in terms of performance, delivering 60 mph (97 km/h) in about 31 seconds and a maximum speed of 70 mph (110 km/h). The rear suspension was also criticised as yielding poor handling at the extremes of performance though the model was considered easy to drive with its good vision, light steering(smallest turning circle of any production car) and controls and ease of repair.

Standard-Triumph experienced financial difficulties at the beginning of the 1960s and was taken over by Leyland Motors Ltd in 1961. This released new resources to develop the Herald and the car was re-launched with an 1147 cc engine as the Herald 1200. The new model featured white rubber bumpers, a wooden laminate dashboard and improved seating. Quality control was also tightened up. Twin carburettors were no longer fitted to any of the range as standard although they remained an option, the standard being a single down-draught Solex carburettor. Claimed maximum power of the Herald 1200 was 39 bhp (29 kW), as against the 34.5 bhp (25.7 kW) claimed for the 948 cc model. Disc brakes also became an option shortly afterwards.

Sales picked up despite growing competition from the BMC Mini and the Ford Anglia. The convertible was popular as a 4-seater with decent weatherproofing and the estate made a practical alternative to the Morris Minor Traveller. The coupé was dropped from the range in late 1964 as by then it was in direct competition with the Triumph Spitfire.

The Triumph Courier van, a Herald estate with side panels in place of rear side windows, was produced from 1962 until 1966, but was dropped following poor sales

A sportier version, the Herald 12/50 Skylight Saloon, offered from 1963–1967, featured a tuned engine with a claimed output of 51 bhp in place of the previous 39, along with a sliding (Webasto) vinyl-fabric sunroof and front disc brakes as standard. The power output of the 1200, which remained in production alongside the 12/50, was subsequently boosted to 48 bhp. In October 1967 the range was updated with the introduction at the London Motor Show of the Herald 13/60. The 13/60 was offered in saloon, convertible and estate bodied versions. The sun-roof remained available for the saloon as an optional extra rather than a standard feature. The front end was restyled using a bonnet similar to the Triumph Vitesse’s and the interior substantially revised though still featuring the wooden dashboard. Interior space was improved by recessing a rear armrest in each side panel. The engine was enlarged to 1296 cc, essentially the unit employed since 1965 in the Triumph 1300, fitted with a Stromberg 150D carburettor, offering 61 bhp (45 kW) and much improved performance. In this form (though the 1200 saloon was sold alongside it until the end of 1970) the Herald lasted until December 1970, by which time, severely outdated in style if not performance, it had already outlived the introduction of the Triumph 1300 Saloon, the car designed to replace it and was still selling reasonably well but, due to its labour-intensive method of construction, selling at a loss.

* Early 948 cc powered cars are rare, convertibles and coupes are especially sought after. Current figures have only 162 coupes remaining worldwide (ref: Triumph Herald Database, many in Australia and the USA. Later cars are more numerous.

Heralds were assembled in a number of countries other than the United Kingdom, the separate chassis being used as a jig to assemble kits exported from Coventry.

In the 1960s, Standard Motor Products of Madras, India manufactured Triumph Heralds with the basic 948 cc engine under the name Standard Herald, eventually with additional four-door saloon and five-door estate models exclusively for the Indian market. In 1971 they introduced a bodily restyled four-door saloon based on the Herald called the Standard Gazel, using the same 948 cc engine but with the axle changed to that of Toledo, avoiding the Herald’s “swing-arm” which could not handle India’s poor roads. The Gazel was discontinued in 1977.

The Herald was produced in Australia by Australian Motor Industries from 1959 to 1966 with output totalling 14,975 units. Production included a 12/50 model which, unlike its English namesake, was offered in both saloon and coupe body styles. It featured the bonnet and four angled headlights of the Triumph Vitesse and was marketed as the Triumph 12/50, without Herald badges.

A Herald was used by James May on the popular TV car show Top Gear as a template for an amphibious car. It was used in the third episode of Series 8 where it and May were victorious in the featured challenge of crossing a 2 mile lake. It was again seen in the second episode of Series 10 where May used the exact same car from the previous Amphibious car challenge and attempted to cross the English Channel. The car itself is now a part of the scenery within the Top Gear studio. 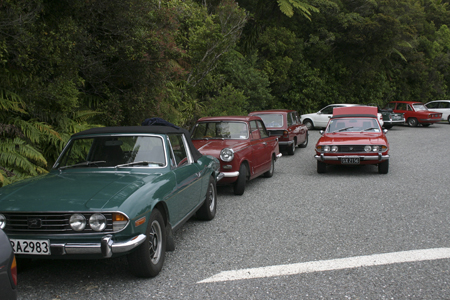 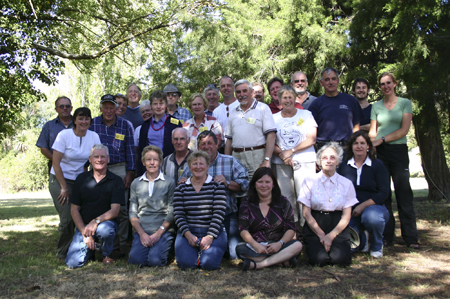 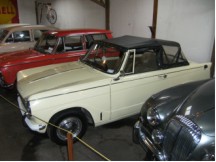 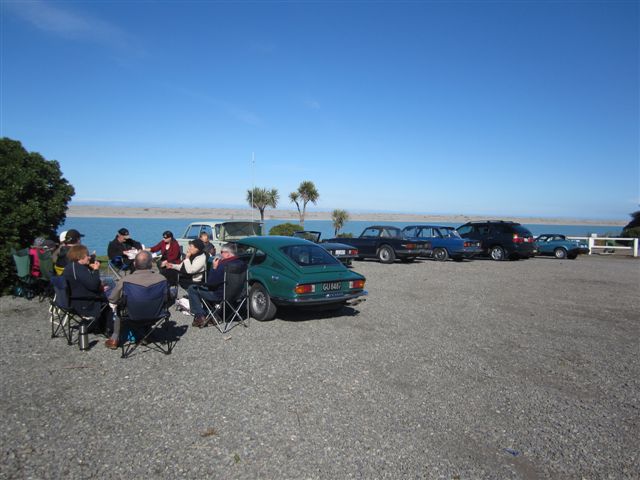 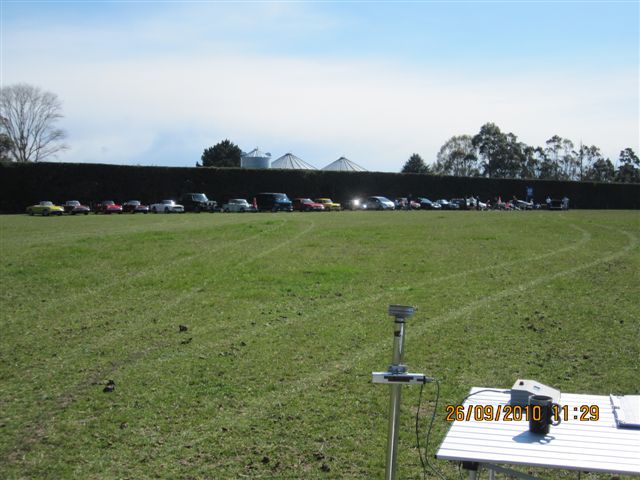 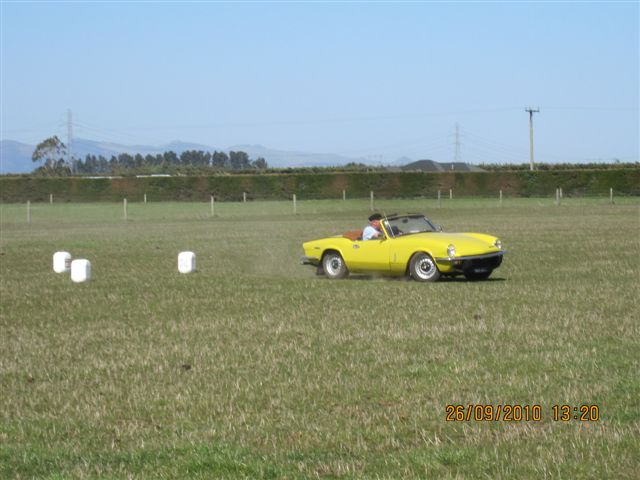 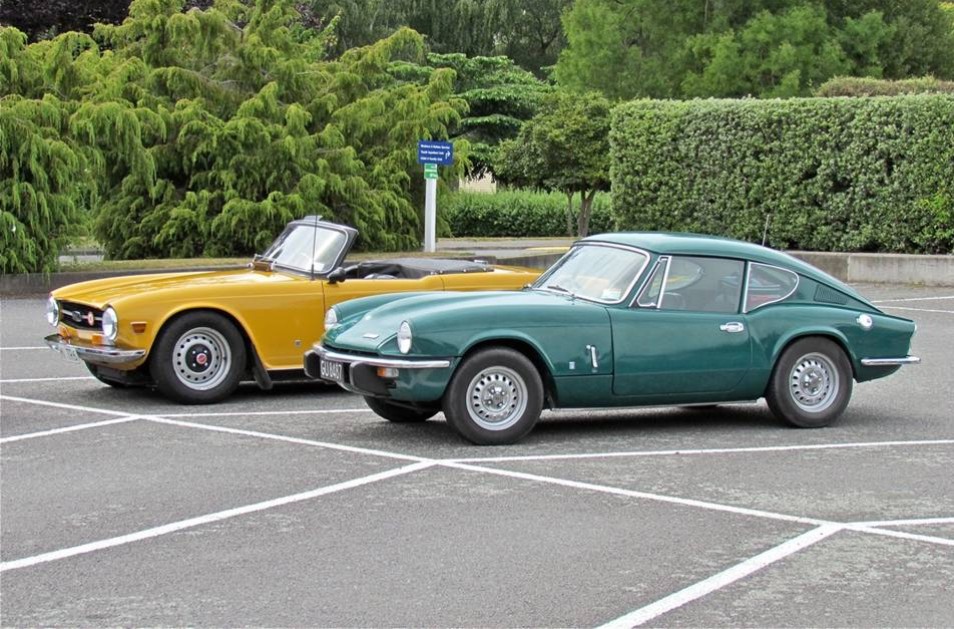 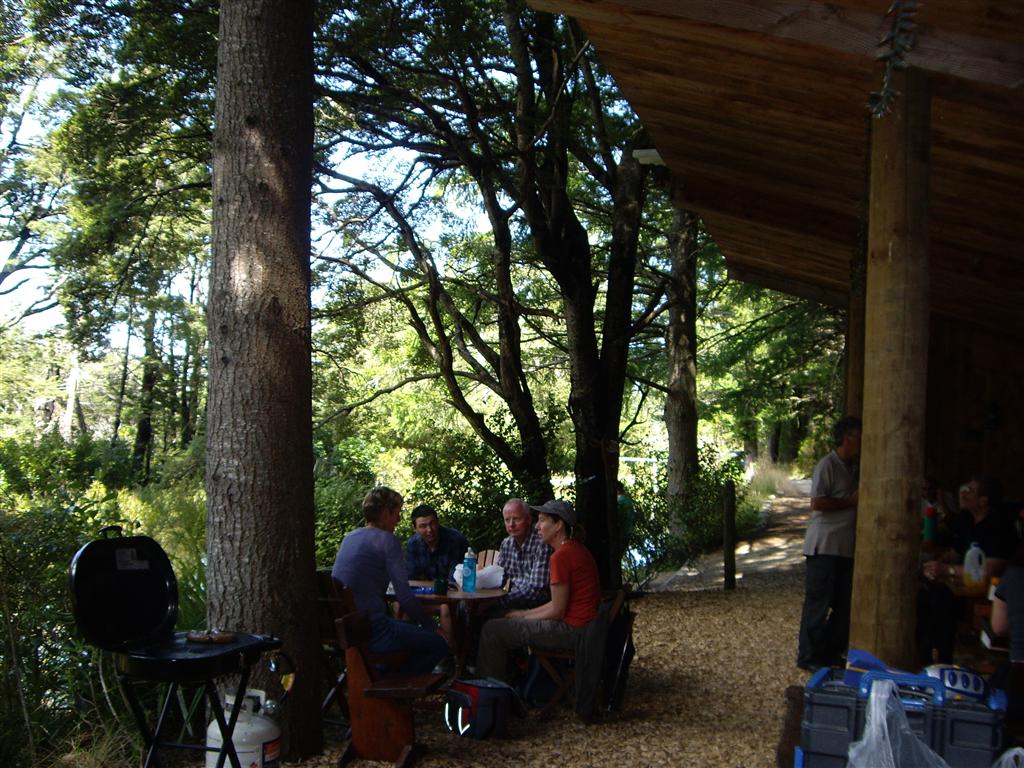 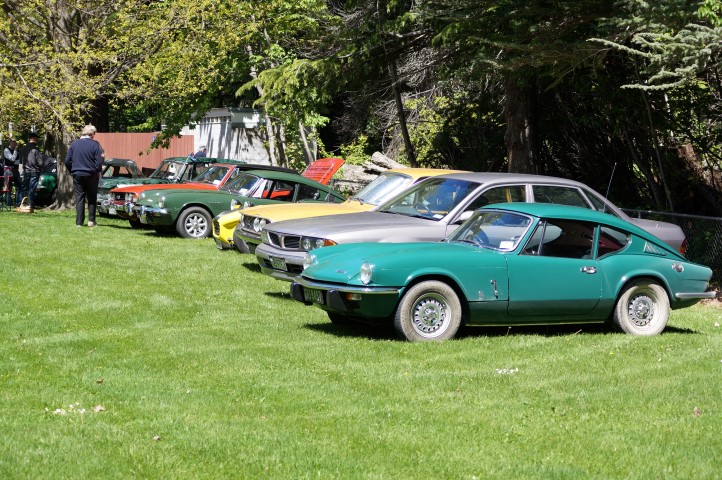 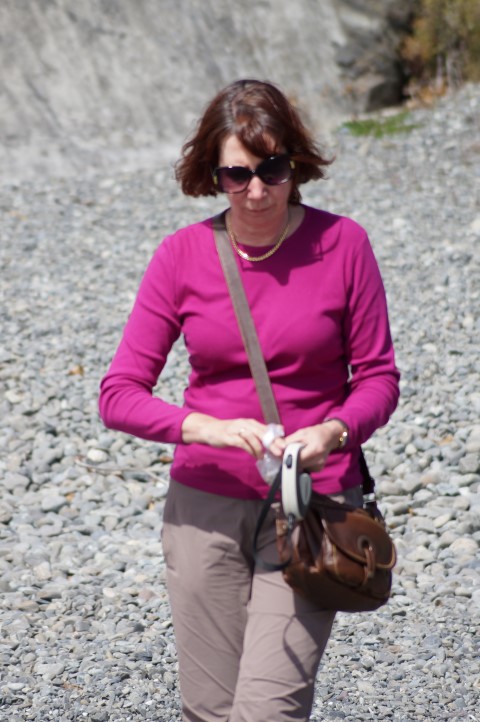